Qatar is one of the world’s top producers of natural gas — and unfortunately, the carbon dioxide that comes with processing the natural resource into usable products. But a novel process developed by Texas A&M University at Qatar researchers could help Qatar process its wealth of natural gas while reducing the country’s carbon footprint.

Developed in Qatar, the reactor technology was conceived and designed by Professor Nimir O. Elbashir and his research team at Texas A&M’s Qatar campus in collaboration with Professor Mahmoud M. El-Halwagi and his co-worker Dr. Debalina Sengupta from the Artie McFerrin Department of Chemical Engineering at Texas A&M’s main campus in College Station, Texas (USA). This technology is believed to be the first of its kind that processes natural gas (methane) and captured carbon dioxide (CO2) to produce both syngas, a valuable precursor to numerous hydrocarbon feedstocks that drive Qatar’s economy, and high-quality solid carbon nanotubes (CNTs). And unlike conventional processes, all without releasing more CO2 into the atmosphere.

Elbashir’s research focuses on converting natural gas into valuable hydrocarbon products, including ultraclean fuels or useful chemicals, in a process called gas-to-liquid conversion, or GTL. A major drawback of GTL processing is that it produces a lot of CO2, which increases Qatar’s carbon footprint and has led to the tiny country being named the world’s leading producer of CO2 per capita.

Under the umbrella of the Texas A&M Engineering Experiment Station (TEES) Gas and Fuels Research Center (GFRC) headquartered at the Qatar campus, Elbashir and researchers at both campuses have focused on how to reduce CO2 emissions and reduce Qatar’s carbon footprint. Elbashir directs the GFRC, one of the largest TEES research centers and a major initiative, bringing together 32 multidisciplinary scientists and professors from Texas A&M’s campuses in Texas and Qatar, all working in the same area but from different angles to speed up technology development in natural gas processing.

The technology was developed to advance the dry reforming of natural gas, which is especially attractive as it converts methane and CO2 (both greenhouse gases) through a reactor to produce syngas, a mixture of carbon monoxide and hydrogen that is then processed to make liquid hydrocarbons and ultraclean fuels. This process, however, requires a lot of heat to drive the chemical reactions. This heat usually comes from burning fuels, which emits even more CO2.

Elbashir’s team has designed the novel CARGEN — or CARbon-GENerator — reactor, a second reactor added to the reforming process, along with a catalyst to drive the chemical reactions to produce expensive carbon nanotubes and syngas from CO2 and methane. These high-quality carbon nanotubes can be used in several industries in Qatar, including steel and cement, while the syngas can be turned into ultra-clean fuels and value-added products. The process can be driven by either electric or solar power, eliminating the need to burn fuel and thereby resulting in much lower CO2 emissions than conventional technologies.

“We are making Qatar CO2 emissions into two products that are important to the economy in Qatar and will broaden the role of hydrocarbons in Qatar’s manufacturing facilities,” Elbashir said. “CNTs are very expensive and extremely and can be used to manufacture products such as computers and other high-quality materials. And at the same time, we are also producing syngas, which can then be used to make the chemicals Qatar’s processing industries rely on.”

The reactor is a result of a nearly $5 million Exceptional Proposal grant from the Qatar National Research Fund’s National Priorities Research Program, said Ph.D. student Mohamed Sufiyan Challiwala, who has been a significant contributor to the project. Challiwala started working on the project as a master’s student in chemical engineering at Texas A&M at Qatar before pursuing his Ph.D. through the main campus and beginning his doctoral research in Qatar.

Challiwala said, “ provides a new perspective on the implementation of natural gas reforming technology. Rather than considering carbon or ‘coke’ formation as a process challenge, CARGEN treats it as an opportunity to convert at least 65 percent of CO2 per pass with 50 percent lower energy requirements. Most importantly, it produces CNTs and carbon fibers that are considered next-generation materials with tremendous applications. Because of its uniqueness, this process is now patented with the support of Qatar Foundation.”

Dr. Hanif Choudhury, a research scientist in Elbashir’s research group, said, “The concept of CNT generation has been validated at the micro-, – and gram scales, with the quality of the carbon nanotubes controlled and preserved at every scale.”

The next step is partnering with industry collaborators to scale up the technology even further.

“This is a major achievement in the way people will look at CO2 utilization in the future,” Elbashir said. “It’s a homegrown technology developed in Qatar based on the interest of Qatar to utilize and sequester CO2 and reduce the country’s carbon footprint. We are producing material out of it, not just liquid fuel that will be burned to produce something else or power a car, for example, which then puts CO2 back into the atmosphere. If we can scale up this technology, it will be a turning point for everyone worried about CO2.” 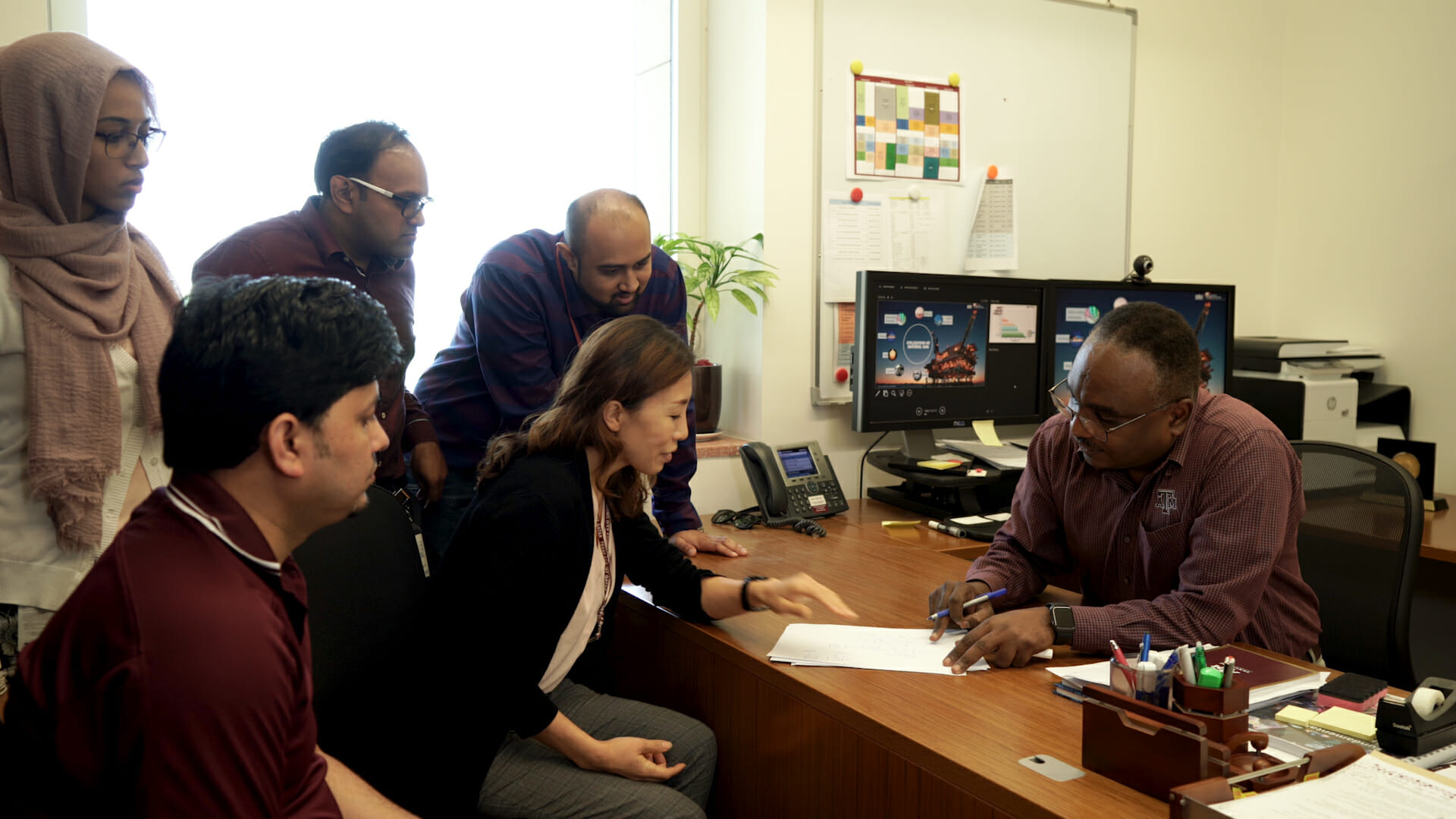 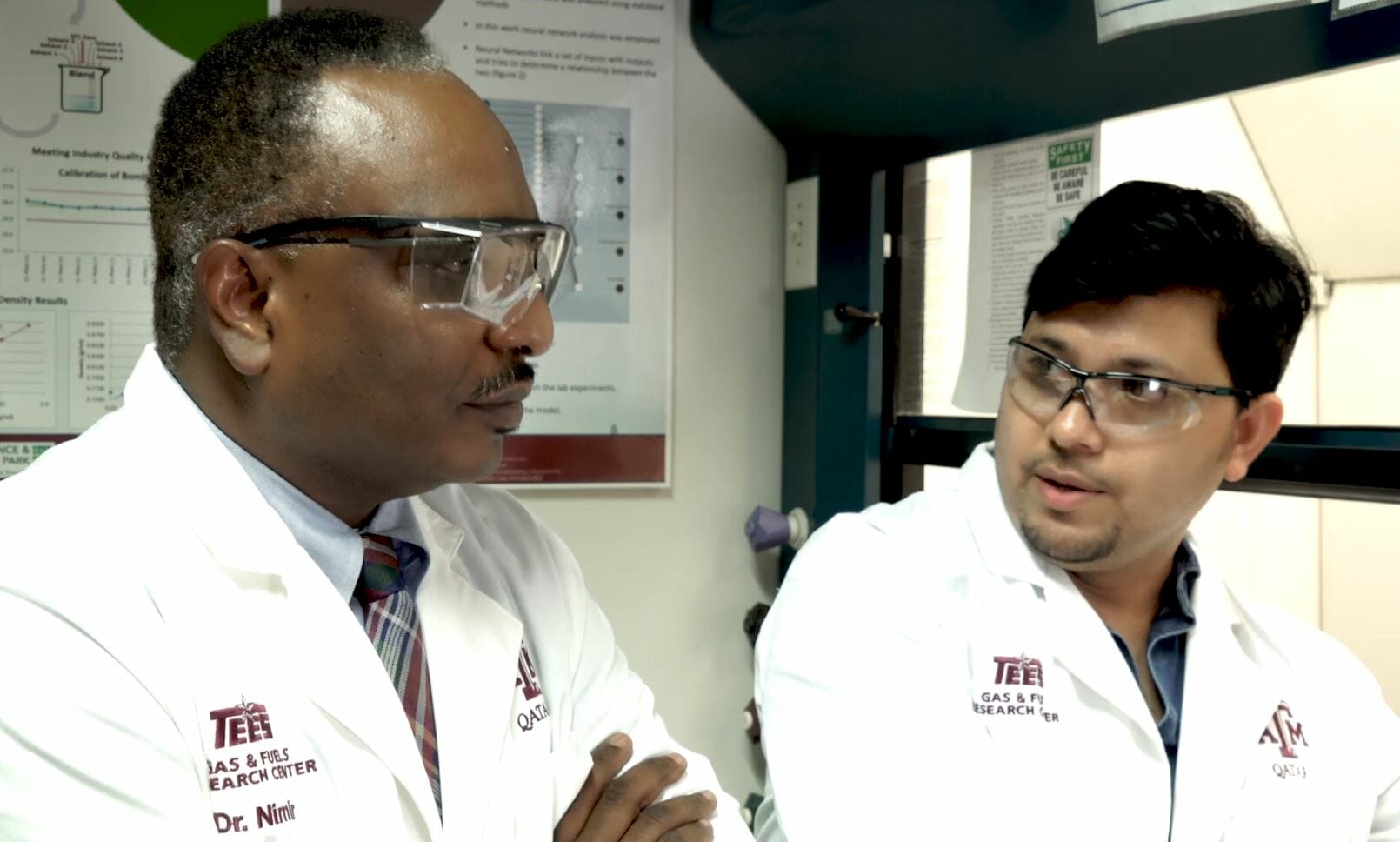 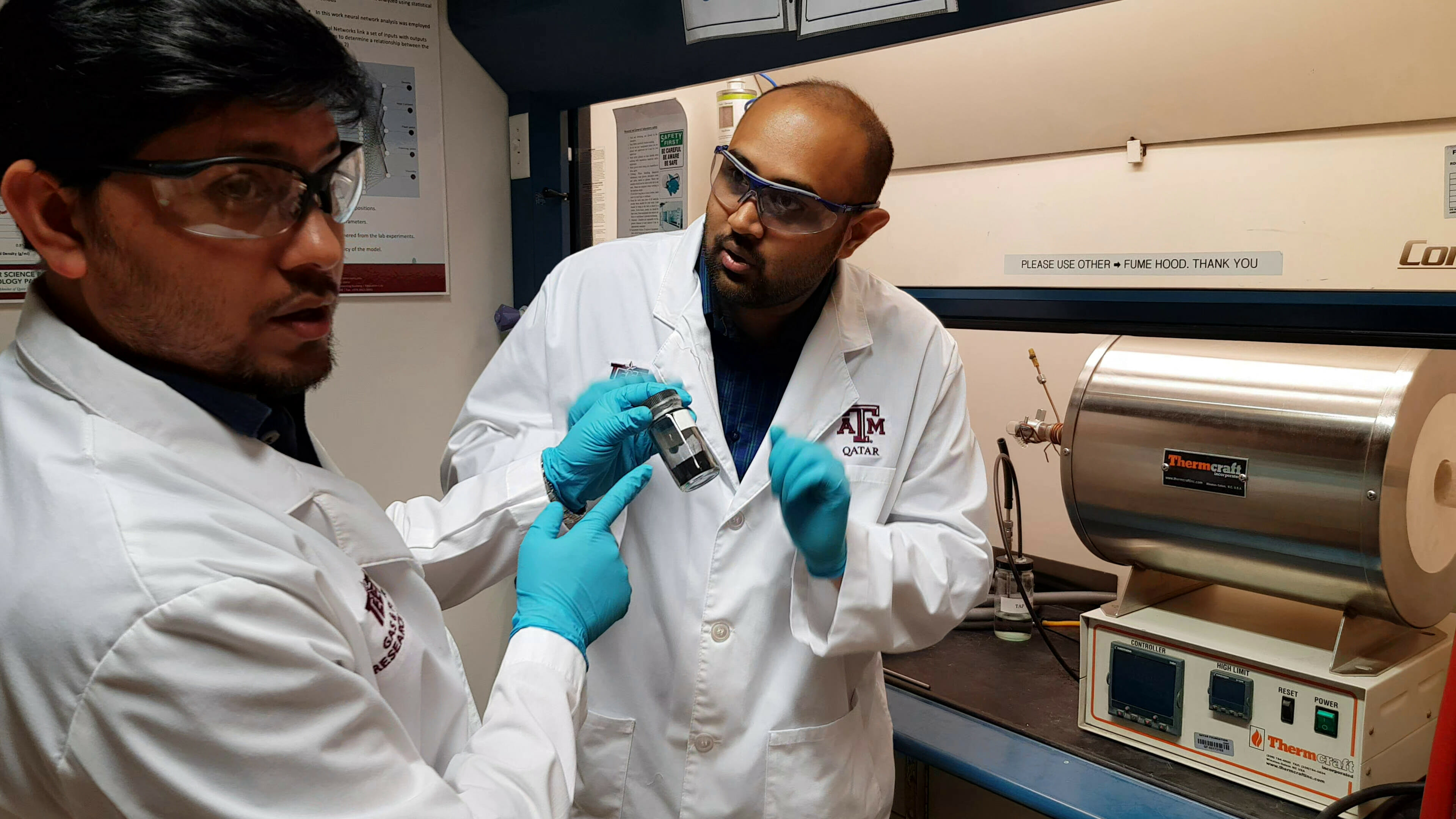